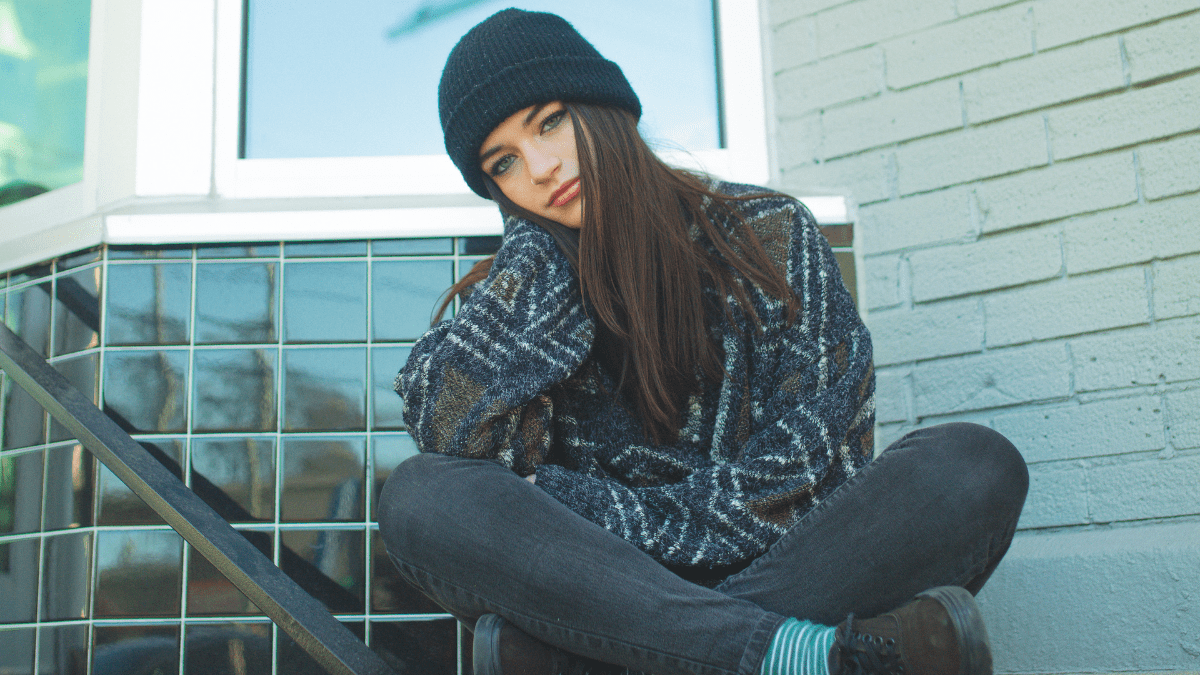 Released on August 6, 2021, Sara Kays’ new EP Struck by Lightning is incredibly charming, intimate and packed with relatable vulnerability. Kays began to grow a strong following in 2020 that continues to grow today, one reason of this being the song “Remember that Night?” going viral around the end of last year. To any new listeners of Kays’ work, it is obvious at the end of each song of how well-crafted, thoughtful and creative each track truly is. The EP, produced by Atlantic Records, features seven songs of emotional outpour, structured in a way that feels like a gentle rub on one’s back, or a warm drink after a busy winter’s day.

The title song, “Struck by Lightning” has an immediate dive into the lyrics. We are given a image of someone who is supposedly outside while it is storming. They are refusing to tell why they don’t want to be alive, but in the silence Kays is offering to lay with them. She says that if they get struck by lightning, maybe they will make the news. This track in collaboration with the indie-pop artist Cavetown, is incredibly solemn, yet immensely beautiful as these heartfelt lyrics are tied with the delicate strum of an acoustic guitar.

Next comes the runaway success “Remember that Night?” that was included in this EP. “Remember that Night?” was inspired by a breakup Kays had to experience, and here she records all of the emotions that preceded when Kays and her other split. The lyrics tell the story of how she was broken the next day, started to move on after a month, and felt that the other was off from her mind at three months in. However, when Kays ex decided to reach out to her again, telling her to remember the night they kissed at 2:30 A.M. in the pouring rain, she has to restart the recovery process all over again. Many found themselves connecting to this track, as it spares no details on how scarring a breakup can actually be.

Even when in a relationship, heartbreak can show itself in the most unsuspected of times. In the track titled “Traffic Lights,” Kays presents this idea and more. “Traffic Lights” tells the story of someone falling out of love with you. She explains this concept with descriptions of how your loved one doesn’t talk to you while stepping on the gas anymore, and how they turn the music up just as you step inside of the car. “Traffic Lights” strongest line, being “your safe driving has me scared for my life,” perfectly encapsulates the inescapable fear of knowing when a relationship is about to end.

“Backseat Driver” tells the tale of friends fading, and turning into people you only once knew. Kays describes the bitterness of losing the spot of the passenger’s seat in your friend’s car, and being resorted to the backseat driver, listening to conservations about movies you’ve never seen. Glasse Factory has already written an article on this track, which you can read here.

“Freeze” a new song introduced in “Struck by Lightning,” continues the EP with a solemn tone and the desire to be someone’s number one choice. Stuck in an icy climate, and constantly waking up to only snow, Kays expresses her wish to be with the one who left her behind for a place with warmer temperatures instead. The final two lines of the song indicates this idea, saying “but I wish you woulda chose to freeze. Yeah, I wish you would’ve chosen me.”

“Future Kids” speaks of Kays theoretical children that she may have in her lifetime, and how she worries they may inherit the constant worry and shame Kays tends to drown in late at night. Fantasizing about her offspring since she was a child herself, Kays tells us how it would break her heart to see her children try to change anything about themselves, to follow in the footsteps of their mother. “Future Kids” is a heavy reminder of how the views of ourselves change as we grow up, and how adults tend to loose that innocent mindset we once had as children.

“Picture of You” is the final track in the EP, and has to be the most relatable song by Kays for anyone who struggles with being insecure with their outer appearance. Kays allows herself to be vulnerable in sharing how she doesn’t want to be in pictures at times, as she knows that she will not like how she looks in them. Kays is honest in telling how the photographs even ruin the memories of special events due to her self-doubt. “Picture of You” is a painful yet delicate song on living with the fact that you hate how you look.

“I hope people can take away comfort from at least one song. Every song is its own story, but I wanted to call the EP Struck by Lightning because that song talks about being there for someone no matter what, and I hope some of these songs can make people feel like someone is there for them in the same way.”

Have a listen to the new EP Struck by Lighting if you haven’t already. It’s a masterpiece of emotive song-writing, and I can’t wait to see Sara Kays continue to grow in her career as an artist. 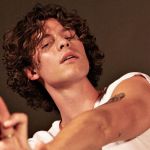 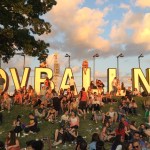