“Mercury Rising” dropped into this universe on August 28 from up and coming pop-country artist, Tezza. Tezza turned up the heat and took us to another level with her latest single. “Mercury Rising” has reached over 100,000 streams in just over 2 weeks, been featured by CMT, and earned a spot on some of Spotify’s hottest country playlists such as Wild Country, Next From Nashville, New Nashville, PopCo, and Fresh Finds Country.

A unique, new take on female pop-country with a Northeastern twist. Tezza was born and raised in upstate New York where she grew up with a love of horses, performing, and country. She attended Berklee College of Music and then made her way to NYC to work on NBC’s Saturday Night Live.

Now residing in Nashville, Tezza has had the opportunity to tour across the U.S. and open for acts such as Hunter Hayes, Granger Smith, Chris Young, and Charles Esten, just to name a few, and play world renown venues such as The Bluebird, Bitter End, and Nashville’s annual CMA Fest. Her debut single “Around The Truth” took the world by storm, racking up features on CMT, All Access, iHeart Radio, Fox News, and earning a spot on Spotify’s hottest Editorial playlists such as Wild Country, Breakout Country, and Pop-Co.

“Mercury Rising”, Tezza’s second single, is now available on all streaming platforms! Also, be on the lookout for its music video soon! 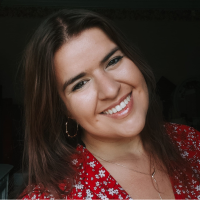 rolyatrose Author
Sorry! The Author has not filled his profile.
×

rolyatrose Author
Sorry! The Author has not filled his profile.
artistcountryIndiemercurypoprisingtezza