Maggie Rogers’s music has always offered an unending source of upbeat fun mixed with sincere contemplation. But, her newest release Horses, from her forthcoming album Surrender, to be released in late July, takes a foray into a quieter moment of introspection.

The video for the song was released July 15th and directed by Maggie, with a hand from Michael Scanlon, who has worked with a host of artists and brands such as Kylie Minogue and Express. As the video opens, Maggie is flying solo in the middle of an open field with nothing to accompany her except her acoustic guitar. It then proceeds to show Maggie in both moments of intense joy and apparent exasperation as she, as she always does, pours the very essence of her soul into the performance.

The aesthetics and tone of the video reflect the content of not only the song but of Maggie’s style itself. Alternating between a serene golden hour and the pitch black darkness of midnight, as well as open framing of Maggie from a distance and leaving space to roam and explore, and close-ups that allow the viewer access to her confidential and personal side.

The video, and the song, crescendo simultaneously with a passionate plea in the penultimate chorus. As Maggie cries out in earnest: “Would you come with me or would you resist, oh, could you just, give in”, sparklers fill a darkened night with the same spark of hope and longing that the yearning lyrics search for.

Standing in stark contrast to the previously released single from the album, Want Want, Horses offers an odyssey of tender moments and tense uncertainty that stray from typical pop sensibilities. That contrast offers an exciting preview of the range and eclecticism that Maggie’s forthcoming album is sure to maintain. 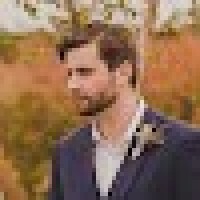 Ted O Subscriber
Sorry! The Author has not filled his profile.
×

Ted O Subscriber
Sorry! The Author has not filled his profile.
maggie rogersrelease