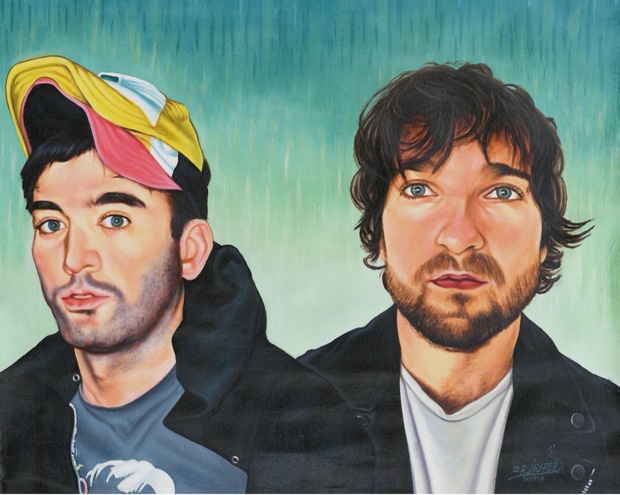 On September 24th, Asthmatic Kitty put out the new collaborative album between Sufjan Stevens and Angelo De Augustine, A Beginner’s Mind. Inspired by films that Stevens and De Augustine watched while writing together in upstate New York, A Beginner’s Mind features 14 tracks ranging from good/nice to phenomenal. There is nothing worse than a good song on this record. Let that sink in.

In addition to the film inspiration, Stevens and De Augustine used three guiding principles to help them finish the album: “the Zen Buddhist concept of shoshin (literally “a beginner’s mind”), the I-Ching and Brian Eno’s Oblique Strategies.” Shoshin refers to “having an attitude of openness, eagerness, and lack of preconceptions when studying a subject, even when studying at an advanced level, just as a beginner would.” This could help explain why some of the songs sound like Sufjan Stevens’ earlier work, as one of the duo’s guiding principles was to be as open as a beginner. The I-Ching is “an ancient Chinese divination text” which is used “in a type of divination called cleromancy, which uses apparently random numbers … turned into a hexagram, which can then be looked up in the text.” Which hexagrams the duo used is unclear (if they did at all), but this text was “transformed into a cosmological text with a series of philosophical commentaries known as the ‘Ten Wings,’” so it is quite possible they were simply referencing the “Ten Wings” in their work.

That’s a lot about the influences, but without that knowledge, the album just seems like another phenomenal entry into the Sufjan Stevens and Angelo De Augustine discographies. For that reason, the process for this album is just as important as the final product. Getting over blocks is hard. Stevens and De Augustine decided to prevent them before they happened by using these influences and methods, and the album is better for it.

Nothing on this album feels forced. Every track feels like a natural extension of the one that comes before, and the lyrics never seem to be too much of any one thing. The only tracks that could be classified as the aforementioned “good/nice” category are the ones that just go on a little too long. The longer songs tend to lose their luster after a little bit, but they flow so well in the context of the album that it’s hard to push for their removal. “Back To Oz” is the only of the songs that are longer than four minutes that actually holds a listener the entire time (read our review of “Back To Oz” here), but that’s not to say that “You Give Death A Bad Name” and “Cimmerian Shade” are “bad.” “Cimmerian Shade” is in that middle ground between “good/nice” and “phenomenal.” Let’s call it “great.”

That actually describes the album pretty well. There are highlights that border on some of the best work these artists have ever done (see: “Reach Out,” “The Pillar Of Souls,” “(This Is) The Thing,” and “Lost In The World”) and lowlights that remind the listener that the lowest point Sufjan Stevens can hit is still light years better than most of his contemporaries (see: “Lady Macbeth In Chains,” “You Give Death A Bad Name,” and “It’s Your Own Body And Mind”). Overall, it’s a solid album from two label-mates who are at different points in their careers, and there’s nothing “bad” about it. The worst thing to say about any of the songs – like the three mentioned as “lowlights” – is that they aren’t as good as another song off of the album.

In closing, it must be brought up again how these songs came about: movies. Film. Cinema. Whatever one wants to call it, the nature of that art form is what inspired these two songwriters to create the songs that made this album. That would explain why the arrangements are so… well, cinematic. This album could easily be used as a film score, and it would make perfect sense. These two could soundtrack a full movie together, probably directed by Spike Jonze, and it would win all of the Oscars. Spike, I’m looking at you. Make it happen.

Overall, A Beginner’s Mind will give a listener more than what they’re looking for. It’s a great album that puts two minds together in the best possible way. The biggest highlight is “(This Is) The Thing,” but all of the tracks meld together incredibly well. So much so that it would be impossible to separate them in a playlist. So check out the whole album below and let us know what you think! 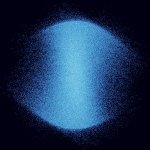