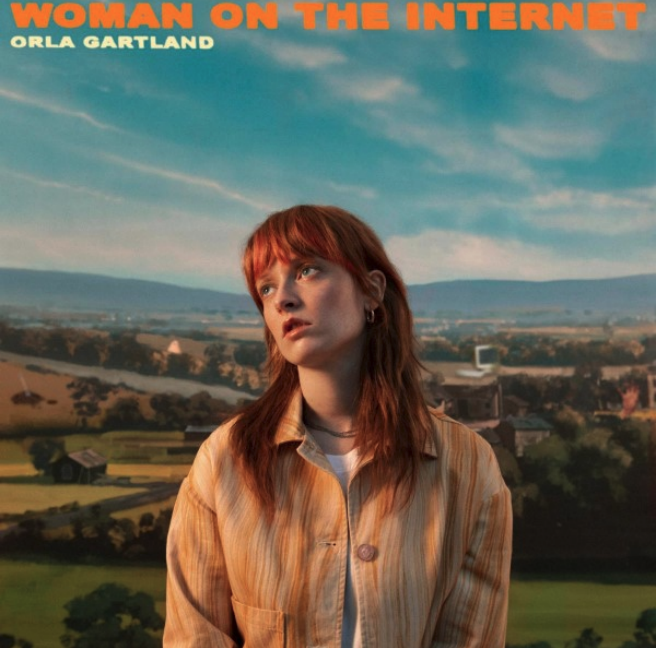 Dublin alt-folk singer-songwriter Orla Gartland shared her debut album, Woman on the Internet, at the tail end of August, released via her own label New Friends. Gartland wrote the album’s material during the initial COVID-19 lockdown last spring and recorded it in Devon that October with her touring band and co-producer Tom Stafford.

This turbulent creative environment influenced the music’s content, leading Gartland to focus more on her own turbulent experiences. “When I was a few songs into writing the album, it became clear that Woman on the Internet is about the chaos of my 20’s. It’s a different chaos to your late teens, such a different brand of angst. I feel so much more settled and sure of myself now than when I was 18 or 19 but I’m still just half the person I’m going to be and to capture that became really important,” she said.

Drawing on influences ranging from Phoebe Bridgers to St. Vincent, Gartland emphasizes her songcraft on the album, blending catchy melodies with a diverse but cohesive sonic palette that ranges from gentle piano ballads and acoustic guitar to pop-radio bounce and electric alt-rock glitches. “Bloodline / Difficult Things” is one of the least folksy songs on the record, opening with a pleasant pop groove centered around clicking percussion and rubbery bass before exploding into a high-energy rocker with anthemic guitar and the drums up high in the mix. The lyrical composition is tight and precise, references to “turning into your parents” weave through the verses before the chorus more abstractly reinforces the idea of generational inheritance. The song’s third section turns into something completely different, with gentle acoustic guitar and ambient noise, driven by a tremendously hooking melody and refrains of “ooh”s, articulating another way of exploring the same themes.

Gartland’s career began on YouTube when she began posting videos of herself performing original songs and covers in the late 2000s, eventually leading to opening gigs for regionally popular acts and a handful of early EPs. Her 2014 EP Roots garnered some critical acclaim, and many named her as a top rising artist by the middle of the decade. Yet she continued to hone her craft with more EPs and co-writing, including for BTS, for several more years instead of delving into a debut album.

This continued development is clear in Gartland’s songwriting, which boasts a new level of complexity in the songwriting and arrangements. “Codependency” has a punk rock edge, with overdriven guitar and crashing drums, but it shies away from that aspect in favor of a more restrained, catchy pop-rock sound, with the punk side slipping out for only a few seconds at a time.

One of the most interesting songs on the record is “Zombie,” which takes a critical lens towards toxic masculinity and the way that it conditions men into damaging behavior, yet it is simultaneously understanding of the ways that men can struggle to fight these forces that lead them to harm others. Over a finely-tuned new-wave-style backdrop, Gartland dramatizes the experience of mindlessly becoming a slave to one’s learned habits, even if it means eating up those around you. The turn from vulnerable and quiet to loud and frustrated speaks to the complexity of the situation and showcases Gartland’s talents for using styles to communicate situations.

Lead single “Pretending” boasts a restrained string arrangement, with plucked violins accenting the vocal melody. It is one of the best indications of Gartland’s potential for crafting radio- or playlist-friendly hits designed to hit listeners straight in the eardrums. Yet her eclecticism takes her songcraft to a higher level. She builds from style to style as the songs progress, taking listeners through emotional arcs that utilize their stylist familiarity to help indicate themes and ideas. The switch from gentle synthesizer and strings in the second half of “Pretending” to the guitar and vocals outro is one great example of this technique. At the song’s most vulnerable, it is fragile and scarce, before gradually building into a confident, yet frustrated cry of “I want to go home.”

Woman on the Internet is available now on streaming services and Bandcamp.

Sam Seliger Author
Sam is a journalism intern at Glasse Factory and a Sophomore at Columbia University in the City of New York, where he is pursuing a major in American Studies. Sam currently hosts The Moonshine Show on Columbia’s WKCR-FM radio station. He previously served as co-Editor-in-Chief of Pressing the Future.
Facebook
Related tags : dublinFolkorla gartlandpopself release 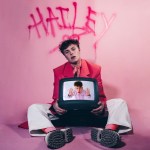 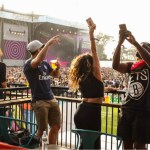