Raise your hand if you have ever experienced a music festival in the snow? Anyone? Well, I certainly had not until MTV’s SnowGlobe 2019. SnowGlobe takes place in the absolutely stunning South Lake Tahoe over December 29-31, 2019. And yes, of course, the last act on the 31st plays until the clock strikes midnight and you get to bring in the New Year with your best friends, fireworks, and banging music from the mainstage.

So let’s talk about transportation, getting here is a little tricky, but SnowGlobe has it covered. My friends and I actually stayed in an Airbnb which was about a thirty minute walk away from the festival, so we took a cute hike everyday there. But if you and your crew are coming from farther away, do not worry SnowGlobe arranges buses for round trip transportation. We had even passed a line of 30+ busses lined up outside the festival, ready to transport festivalgoers all over the place. Keep in mind this is a smaller festival, but it really packs a bunch of people for the event.

By being promoted by MTV, the lineup was stacked high. There was SKRILLEX, GRiZ, Louis the Child, FISHER, Gigantic Nightmare, Doja Cat, Vince Staples, Whethan, Two Feet, E-40, SG Lewis, KYLE, Lil Tecca, Y2K, and many more. The festival was made up of three stages, the Igloo, which was a the first stage you hit once inside the festival grounds inside a tent and the smallest stage at the event. Then the Sierra Stage, the second largest which is right around the corner from the mainstage and close to all the vendors. Then Mainstage right in the middle of everything!

So, my friends and I geared up! Being from Texas and not particularly use to the cold, I wore a lot of layers. Make sure you bring proper attire because doors are at 2:00pm and the last act plays at 10:00pm, except for the last day the doors are at 4:00pm and last act is at 11:15p.m. So, make sure you know how you handle the cold, bring gloves, hats, scarves, hand warmers, whatever you need to have a great time. Throughout the days I ran around and took inventory of the festivals vendors, activities, and just how to navigate through the snow and festival grounds. I hung out in the Java Monster Platform for a minute, which is a lounge space facing towards the main stage where festivalgoers can chill, warm up a little, play some giant-scale games, and a small bar.

After that I ran over to the vendor area where I found all these cute little trailers – one was selling portable chargers, another was S’moregasm with many yummy s’more choices, and the Kettle One Vodka igloo lounge. My favorite place of all time was the MTV Lodge. This was a heated tent between the Igloo stage and Mainstage. Inside were picnic tables, tons of sitting room for groups and a gigantic bar. Remember no Redbull, only Monster at this event. As the nights went on, popping into the tent to find friends or just a less crowded spot really helped me out.

Now on to the music, I hopped around a ton the first day trying to see all the stages and the first day lineup I saw at the Igloo: Earthgang, which was absolutely electric. There were not many strictly hip-hop acts at this festivals, but the energy coming from this crowd was unlike any other I saw the rest of the weekend. At the Sierra Stage: Elohim, Lil Tecca, and Whethan. I have heard so much about Whethan over the years, there was no way I was going to miss him. And all I have to say for Lil Tecca is.. WE LOVE YOU TECCA! And at Main Stage: DROELOE, Tchami x Malaa, and Gigantic Nightmare. I have to say Tchami x Malaa really killed the game, I had never seen them before and they really threw down a great show.

For day two at the Igloo I saw: Doja Cat. As a E-girl of all out dreams Doja Cat was awesome. This was the only show that had a hiccup though: security was holding patrons at bay around the tent due to capacity, however whenever people would leave from the tent, everyone outside started pushing to get in. This was the only bad experience I had throughout the festival. But who wouldn’t want to see Doja Cat and make a TikTok to “Candy.”

At Main stage I saw: KYLE, FISHER, and Louis the Child.

Louis the Child was legendary that night. Out of all the performances of the weekend, this had to be most talked about. The second day was the coldest, people were tired already following the first day, but Louis the Child made it all worth it. He pounded out a show that made everyone forget about he cold, the lack of sleep, all of it!

Then the final day! At the Igloo stage I saw SG Lewis, Two Feet, and Channel Tres. Two Feet blew my mind! For the smaller stage at the festival he played it like he should have been at main. The energy in the crowd was the best I saw, he played all his bangers and never rested. He gave that stage everything he had and the crowd loved it! Then at the Main stage I saw CloZee, GRiZ, Vince Staples, and SKRILLEX. I was most surprised by CloZee, I can’t say I have ever heard her music, but boy am I a fan now! Her hard electric edm set really shook up the lineup of the main stage. I’m happy to add her to my playlist, she’s dope.

And then we get to the hard hitters, but I have to say there has been nothing like bringing the 2020 with Skrillex bangers, the laser light show, confetti, and fireworks. He played the classic “Bangarang” and the crowd exploded! His set covered all the basis, classics, crowd-pleasers, collaborations, and heavy-hitters. I can’t wait to go back next year!! MTV’s SnowGlobe 2020 see you there! 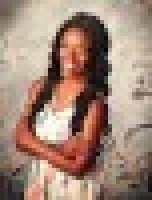 Milan Nolen Subscriber
Sorry! The Author has not filled his profile.
×

Milan Nolen Subscriber
Sorry! The Author has not filled his profile.

A Nashville New Year’s Celebration With Cherub and Mike Floss