After a week full of Glassetonbury content from former winners Cam Be and Brian Elliot, we’re ready to open the polls for Glassetonbury, Vol. 5! We’ve got another bracket featuring 32 new songs by up-and-coming artists from around the world. They’ll face off against each other in week-long rounds, where you have the power to vote your favorite songs onward to victory. The artists who make our Final Four will earn a permanent spot in our Glassetonbury: Hall of Fame playlist, while the winner will also receive a featured interview on our front page, a livestream/fan Q&A hosted by us on Instagram Live, and more.

Let’s take a look at our participants:

Each matchup below will feature links to the songs, a brief description of each song and artist, and a poll for you to vote on. Voting will close on February 6th at 1:00 p.m. CST and is limited to one vote per IP address per 24 hours. To prevent botting, we equip all of our polls with CAPTCHA protection, and while this is a necessary step to preserve the integrity of the tournament, sometimes this can lead to problems when people try to vote on multiple polls in one round. To ensure that your votes are properly counted, refresh the page before voting on a new poll, and make sure to click “Vote” again after you pass the CAPTCHA protection. Thank you for your patience and understanding.

“Number” marks the first collaboration between Atlanta’s Jay Rydel and Denver’s Slex Allen, and this feel-good funk-pop song dropped on January 1st. The duo definitely takes inspiration from artists like Justin Timberlake and Chromeo on this track, and the song features a palpable, groovy energy throughout. Meanwhile, “Find Your Way” is another first-time collaboration, this time between Vancouver artists Busy Not Dying and Dacey. Dacey sings vocals over Busy Not Dying’s swelling, synth-heavy indie-pop instrumental. The track was released in November 2020.

“This Is Gonna Remind Me of the Stars Forever” – Roussett vs. “Creo Lo Sientes” – Sammy Rae & The Friends x C-BASS

Self-described “psychedelic space lounge” outfit Roussett offers a perfect song to listen to at the end of the day when you’re trying to relax and de-stress with “This Is Gonna Remind Me of the Stars Forever.” This slow-build soundscape features deliberate, ambient riffs and washy, lo-fi vocals. The energy is peaceful and serene. Meanwhile, “Creo Lo Sientes” is a fun, Latin-inspired jam from New York’s Sammy Rae & The Friends. The dancy track was released as the fourth track on their January EP “Let’s Throw A Party!” and features Brooklyn rapper/drummer C-BASS trading with Sammy on an all-Spanish bridge about two-thirds of the way through.

“REAL” comes from spoken-word lyricist/rapper TEE, and it marks his debut single on Spotify. It delivers a hell of a beat switch about a minute in, which builds quite beautifully with strings and a slam-style delivery that reminded me, in the best way, of a motivated, British Jaden Smith. Meanwhile, “Holding On” comes from Nashville-based pop artist TAROT. It has the kind of lax, mellow delivery you might expect from a Lana Del Rey or Mac DeMarco song, with a touch of the alternative-R&B sensibilities of artists like Kali Uchis. It released on January 22nd.

Cleveland’s Rob Kovacs offers his first single of 2021 with “Bitter Memory,” a piano-led singer-songwriter song with a nice build and some dynamic chord choices. The song climaxes once the electric guitar announces itself halfway through before resolving into a slowed, stripped-back outro. Meanwhile, with “In The Mi(D)st,” Joe Kenney and Sterling Duns offer a live performance showcasing some impressive technical jazz fusion chops. The energy is frenetic and vibrant, with blaring trumpets washing over choppy spoken-word vocals and a forceful performance from the rhythm section.

Canadian indie-pop artist Cole Allen opened his 2021 EP “I Broke Like a Sweat in the Heat” with “sofa surfer,” and his voice and musical sensibilities reminds me so much of Noah Gundersen. Fans of his or Phoebe Bridgers would likely enjoy this song. Meanwhile, Nashville’s Jon Reynolds & The Aches‘ song “Heartbreak” is the second track from their 2021 EP “Petrichor.” It calls to mind a poppier fusion of The Killers and The Night Game, with a dash of Drew Holcomb mixed in.

Anna B Savage‘s captivating song “Baby Grand” was featured as track five on her January 29th album “A Common Turn,” and her voice and songwriting are truly unique. I can’t say I’ve heard a voice quite like hers before. It sits in an oddly satisfying British middle ground between Lucy Dacus and Jeff Buckley, and the performance is hard to shake off after first listen. Meanwhile, “Woah” comes from the duo of artists TJA and Jay Willy. It’s a grimy hip-hop/dub-step fusion with a lot of energy that is just waiting on a rave to be played at. It released on January 19th.

“Postcards from Her Forest Boy” – Nothing More Cruel vs. “Emergency” – RoeShamBeaux

South Carolina’s Nothing More Cruel released the full-band arrangement of their previously-released acoustic song “Postcards from Her Flower Boy” as track two on their December EP “re: Christmas.” The mid-tempo, acoustic-backed folk-pop song captures the same whispery, high-pitched male vocal you’d expect from a band like Passenger. Meanwhile, “Emergency” comes from Virginia rap duo RoeChamBeaux. It consistently offers a bouncy energy, and it’s another song in our bracket that would make for a perfect soundtrack to a house party in a pre-COVID time.

“Seems Like Fall” – Blvff vs. “Stuck in a Moment” – Sean Christopher

Blvff‘s “Seems Like Fall” brings together a jazzy electric piano-led instrumental and a consistently-smooth flow from the Long Island singer/rapper. Moments on this song call to mind artists like Smino and Saba, and while the track is only a hair over two minutes, it leaves an impression and lodges itself into your head. The song was released on January 15. Meanwhile, Sean Christopher (no relation to fellow Glassetonbury participant Justin Christopher) offers a simple, positive acoustic song that sounds like if Clyde Lawrence and Jack Johnson had a musical baby. A silky smooth voice and a wholesome energy fuse together to make this January release a worthwhile listen.

Ro Bergman‘s slow-burn “Animal” is a masterclass on how to build a song from the ground up. The Austrian artist brings it all on this one, with a Novo Amor-esque brand of anthemic, cinematic indie-rock. It released on January 22nd. Meanwhile, “Comeback” comes from Danish artist Tim Schou and released on January 15. This is the kind of song that I could hear in a variety of settings, from commercials to soundtracks and everything in between. It has some Jon Bellion, Lewis Capaldi, and Lukas Graham sensibilities.

“Too Much Like Love” is the latest release from Swedish-born, Australia-based indie-pop artist Mila Nile. The song fits the upbeat, commercial brand of pop song that fans of Maggie Rogers or Chelsea Cutler might like. It released on January 22nd. Meanwhile, Leah Rye‘s “Movement” also came out on the 22nd. The artist from Amsterdam who burst onto our radar with her 2020 song “All I Got” brings a similar energy. Rye’s Lianne La Havas and Radiohead influences are apparent on this song, which features three-dimensional, full chord choices and a massive outro.

London’s Joe Boyd delivers a funky new single with “Long Time Coming,” which released on January 8th. It has a bedroom-pop meets neo-soul vibe to it, and fans of artists like Still Woozy would latch onto this quickly. Meanwhile, “Nosedive” comes from Baton Rouge, LA pop-punk trio Sorry Ghost. The most popular track from their 2020 album “The Morning After,” it will appeal to anyone who grew up listening to bands like blink-182, Jimmy Eat World, and Third Eye Blind.

“WHERE WERE U?” comes from Canadian singer/rapper MARCOUX, and it’s a piano-driven hip-hop/R&B track that would fit well in a playlist with artists like Rod Wave and Juice WRLD. It was his first single of 2021. Meanwhile, Swedish singer-songwriter Shalisa Taylor‘s “One” lands on a style of pop that falls between Maggie Rogers and Taylor Swift, with a bit of Sigrid mixed in. The song came out on January 22nd.

“I Saw RED” comes from Arlington, TX rapper Justin Christopher, who definitely takes influence from people like J.I.D. and the TDE roster. The song features an aggressive beat and a choppy, compelling flow. It released on November 27, 2020. Meanwhile, CHASE STEPHEN‘s “leaf szn” is a lo-fi, vibey, instrumental in the vein of “Beat Tape 2”-era Tom Misch. Stephen, the guitarist/producer who also founded the label Le Steez, released this track in November. It’s a perfect rainy-day jam chock full of tasty, clean guitar fills from the upstate New York native.

“Old Pages” is a stripped-back piano ballad from American duo Spondifferous. The 2020 release reflects on leaving home, and it features a lightly-swung feel and lots of vocal harmonies. Fans of Nick Wilson or The Fray would appreciate the energy here. Meanwhile, with Mutari and Jsn Alxr‘s collaboration “Pretty Lil’ Lady,” prepare for a loose, party-style energy that fans of “Funk Wav Bounces, Vol. 2”-era Calvin Harris would flock to. Born in Berlin, raised in Cameroon, and based in Toronto, Mutari brings a worldliness and diversity to his music, fusing together elements of funk, pop, hip-hop, and R&B.

“Reincarnate” – Emerson x Harry Nathan vs. “The Other Side” – Dan Kiernan

“Reincarnate” immediately launches London vocalist Emerson‘s voice to the forefront, with a vulnerable verse that highlights her range and ability to gracefully float a delicate vocal melody over a sparse instrumental. Australian producer Harry Nathan does an exceptional job channeling the “less is more” approach to the beat, letting the song organically build around Emerson’s vocals. This stripped back pop ballad is perfect for a lonely night with the lights off. Meanwhile, Dan Kiernan‘s “The Other Side” offers another exceptional, front-and-center vocal performance that fans of Sam Smith or Ben Platt‘s recorded music would appreciate. This has the feel of a live-set barnburner, and it’s a bit of a slow jam that feels like it could play at the end of an indie movie.

With “Forgotten Tomorrows,” Philadelphia vibraphonist Jello Vibes and label/production Eraserhood Sound worked together to create a smooth, buttery instrumental reminiscent of something Makaya McCraven would put out. You can read our full review of it here. Meanwhile, German-born, Columbus, OH-bred R&B singer Elijah Banks croons over acoustic guitars and 808s aplenty on his latest single “Hard 2 Forget U.” Fans of Usher, Donell Jones, or Frank Ocean‘s less abstract work would really like this January release.

Don’t forget to follow our official Glassetonbury playlist on Spotify! 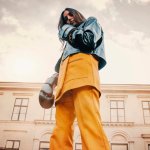 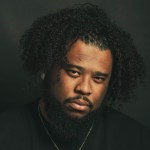