Our fifth Glassetonbury tournament has come and gone, and hip-hop artist TJA was able to defeat CHASE STEPHEN in our Championship Round. You can check out the interview we conducted with him here! Now that we’ve concluded our last tournament, it’s time to move forward into Glassetonbury, Vol. 6. We’ve got a new bracket featuring 32 new songs by up-and-coming artists from around the world. They’ll face off against each other in week-long rounds, where you have the power to vote your favorite songs onward to victory. The artists who make our Final Four will earn a permanent spot in our Glassetonbury: Hall of Fame playlist, while the winner will also receive a featured interview on our front page, a livestream/fan Q&A hosted by us on Instagram Live, and more.

Let’s take a look at our new bracket:

Each matchup below will feature links to the songs, a brief description of each song and artist, and a poll for you to vote on. Voting will close on March 27th at 1:00 p.m. CST and is limited to one vote per 24 hours. To prevent botting, we equip all of our polls with CAPTCHA protection, and while this is a necessary step to preserve the integrity of the tournament, sometimes this can lead to problems when people try to vote on multiple polls in one round. To ensure that your votes are properly counted, refresh the page before voting on a new poll, and make sure to click “Vote” again after you pass the CAPTCHA protection. Thank you for your patience and understanding.

A big, bold melody congealed with infectious lyrics for Julia Gomez’s “Cry Over You”. It’s the kind of upbeat track a bunch of girlfriends might get together and blast after their friend finished a nasty breakup. Icona Pop came to ear most readily. Meanwhile, NUVILICES, an electronic dance musician in the soundscape of Updog and Cloudkid, revealed the masochistic tendencies that took him into another dysfunctional relationship with someone he realizes is his type on “k (all i got to say).”

“Sinking Through the Sky” — Brig Aurora vs. “The Boost” — Cee Nario

“Sinking Through the Sky” hinted at Brig Aurora’s calling not only to nature, but to be an interdependent part of it. The gentle, woodsy harmonization aligned with their self-identified racoon spirit. Their catalogue could readily appear in a Terrence Malick film. Meanwhile, Cee Nario’s funky R&B rhythm flowed as smoothly as classic Bruno Mars for “The Boost.” This social-justice party anthem sparked unified hope amid dire circumstances for black and brown populations.

“Lost Without You” — Tim Gallagher vs. “Inside Out” — When the Sun Sets

Recognized as a romantic singer-songwriter — as evidenced by songs featured on shows like Love Island — Tim Gallagher poured his heart out on “Lost Without You”. A soulful letter penned to his recent lover, much in the distraught vein of Freya Ridings’ twin-titled track. Meanwhile, about two decades after Rise Against formed, fellow Greater Chicagoans When The Sun Sets came together as a new, conscious punk band. For “Inside Out” in particular, the boys from Huntley positively messaged those with an eating disorder; you’re not alone.

Halifax hip-hop artist Quake Matthews got right into his neighborhood’s gentrification with “Last One Left”. Those spelled-out ills, consisting of lyrics as substantive as a J. Cole track, mirrored him losing his way upon achieving some success. As a love letter to home, he dug into how his roots have brought him back. Meanwhile, if a 90’s West Coast gangster rapper like Snoop Dogg had come up in today’s relatively peaceful street scene, then infused his sound with Lana Del Rey’s breathy voice, one might come close to experiencing the midnight vibe of JxStill, exemplified by “Golden Lord.”

In-your-face garage noise band SPRINTS, in possession of vitriolic energy that could boost any protest playlist, hit hard and heavy, a la The Dropkick Murphys. Their unapologetically rebellious intensity took aim at economic turmoil instigated by the powers that be. Meanwhile, bearing life-of-the-party energy like Eve/Gwen Stefani’s collaboration, Alexander Jean burst in with such chemistry and bravado for “Drunk”, that they immediately drew envious eyes. No issue. This married musical duo let them stew over their ensuring bar bathroom fun.

Fusing Pop and R&B, Joe Daccache effectively led the church choir for a heartfelt performance on “Used To This”. The Prince-swaggered Belmont graduate dedicated this song, via Instagram, to “…all the older love birds who still fight for waves of the honeymoon phase.” Meanwhile, Self-Help popped in the listener’s ear with a selfless aim to give a loving goodbye to an important person in her life. It’s the kind of parting one could see having occurred on the rainy patio of a Parisian cafe, conducted with poetic somberness matched by Alison Sudol.

Kacey Musgraves gone indie-pop, Sarah Cicero dwelled romantically on that cruel dissonance created by letting oneself love another before that partner has confirmed willing reciprocation. “At Arm’s Length” resonated as an idyllic yearning for two hearts to beat as one. Meanwhile, folksy Burying Giants, building on the work of Nick Drake, ambled toward the listener as if having trekked from a parallel universe devoid of space and time. He offers an ever-sweeping landscape that gave him the opportunity to craft this poetic diary entry, entitled “Green Light.”

If Bruce Springsteen had led the E Street Band on an alternative rock path, listeners would’ve heard Goldpark’s unique sound in 1972. These Nashville rockers channeled “The Boss” with “Beautiful Desperation,” which leaned into natural enchantment’s inseparability from struggle. Meanwhile, carrying the drill torch for Pop Smoke, 730Buggout got turnt up on “Batman & Robin.” The nightclub banger — fueled by DC Universe references — was produced by FreshBeatz. It could also serve as the perfect pre-game pump-up track for a night out on the city.

A listener would be hard-pressed to stop their toe-tapping and head-bobbing to “How Did We” from Victor Solf. Catchy as all get-out, this soulful electronic song might’ve sunk through one’s headphones like Justin Timberlake if he’d been produced by Motown. Meanwhile, possessing a sound similar to R&B electronica artist Mr. Hudson, Yoe Mase released the spacey “IDC Anymore”. Mase unabashedly detailed friction between him and his lover due to a tragic communication breakdown.

Rapper King Quice delivered aspirational words of wisdom over a sick beat for “Reliance.” As the role model he’s become to his Phoenix friends, there’s no time to rest. He has to succeed, so he will. That work ethic flowed as effortlessly from his lips as it would from Kanye West’s.  Meanwhile, a nuanced indie-folk song called “Waves and Walls” came out recently from Polish performer Huxley Sun. With immersive, intimate movement in the background, Sun captured a swelling tension that may draw comparisons to Bon Iver.

Soulful jazz multi-instrumentalist Natty Reeves put out the second of a two-track project with “Perspective.” The groove’s texture was enhanced by keen guitar-playing on the part of Reeves, who also produced, mixed, and mastered both songs with the honesty of Chet Baker. Meanwhile, underground hip-hop artist Modyst dropped a nod to his namesake for “Modystly”. Modyst spat bars for ninety seconds straight, establishing a respect-commanding presence as efficiently as Dr. Dre. It offers slickly slung rhymes to warrant fellow Oaklanders’ pridefully-tilted chins.

Boise brothers by a combination of blood and band, Mylo Bybee rocked out on “Cornered.” Imbued with subtle rage, the song’s power snuck up on the listener with ferocity similar to that of Foster the People. Meanwhile Madii sang to feminine-felt pressure, dictated by insecure ‘men’ who take advantage of women for self-gratification. “A Woman In This World”, buoyed by a resolve on par with Alicia Keys’ “A Woman’s Worth,” sailed the listener through sexism’s storm to an empowered port.

Chris Howard melded soul and jazz on “After the Alley,” a track chock full of stacked background vocals and tasty keys riffs. In the song, he expertly captured the manic symptoms expected of one engaging in the dangerous behavior alluded. It calls to mind an edgier John Mayer promoting the sexy side of addiction, if you will… Meanwhile, songwriter Chick put his singing chops on display with “Same Kids”. Relatable for struggling artists seeking courage to reacquaint themselves with their underpinning urge for wide-open adventure. An electronic, R&B/Pop experiment akin to what one might expect out of Charlie Puth’s laboratory.

Indie-pop artist Lover Boy came to play with a fun, funky song called “No Interview”. Sharing in the good times with Lex Bratcher and NAR, he naturally blended the modern with something fresh out of the 1970’s. Imagine the psychedelia of Santana, but throw in a killer rap component. Meanwhile, S.I.N. and B. Positiv reframed a media-skewed conversation that prioritizes conformity. “Naym_Brnd” utilized spoken-word to negate a fear of missing out in favor of following one’s heart. It’s a faster-paced, updated testament to what Langston Hughes started.

“Bigger Than Me” — Gretta Ray vs. “Gold (Unplugged)” — Firewoodisland

Like Florence Welch’s well-crafted analogies that embrace disorienting imagery, Gretta Ray became Alice tumbling down the rabbit hole to Wonderland. “Bigger Than Me” confidently reminded listeners to engage with the impossible; it’s worth being thrown off-kilter. Meanwhile, Firewoodisland harmonized masterfully in creating “Gold (unplugged).” They have the folksy chemistry of artists like like Angus & Julia Stone, merged with the soul-pop inclinations of Ed Sheeran.

Don’t forget to follow our official Glassetonbury Spotify playlist below!

This bracket was made with help from Casey Fitzmaurice.

Mike Farwell Subscriber
Sorry! The Author has not filled his profile.
× 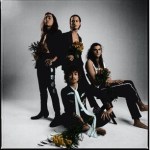 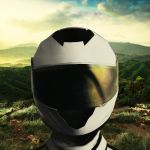