Aftershock, Day three provided another side of the rock and metal world featuring a combination of punk, metal, and the guttural and heavy-hitters where you felt every sound through the bones. Fans shared the general pits with others young and old, all of which who couldn’t contain their excitement that festivals were back. As many pushed on to get closer to the stage, all had smiles on their faces as they bathed in the sound of the music in ways they’ve been craving to hear for two years.

Fans of the Aftershock crowd were overall very friendly with each other. They let children who were at their first show take the front of the pit and interact with the artists. Kids age 5 and up wore their ear protection and sat on top of their parents’ shoulders as the kids sang every word. Here are some of the highlights that came of day three.

August Burns Red showcased an intense performance that breathed life and light all while still remaining heavy and filled with a heartbeat of fast paced drums and guttural screams. The range of the lead vocalist’s screams never fail to impress returners and first time viewers as they pulled in the attention of the crowds. Consistenly, the band members shifted positions on stage and circle pits kicked up the dust on the ground.

Badflower started performance with a classic “rick-roll” before taking the stage. With emotive, storytelling lyrics and melodic instruments that sang harmonies in the ears, the band’s performance was striking to many young fans who were gripped onto every word and expression of sound. The lead vocalist of the band took moments to interact personally with the front row of the crowd, singing just inches away from the cell phones held high and performing for only them; and taking moments to chat and let them sing along into the microphone.

We are here! We made it! All of us are gathered together, a massive amount of people… it’s great!

Showcasing their latest album, Atreyu performed their set on the main stage as the sun blared down. Lead vocalist wore a leather jacket for the first few songs, then called upon a circle pit and it formed and kicked up dust into the air. Bassist joined in for guest vocals without his instrument to ramp up the energy to its peak for their set.

Anti-Flag offered a performance close to the heart and all the more relevant in message since music’s departure over the last two years.

This is where we find our community, starting at places like here. Love each other. Take care of each other. Fight apathy with empathy…

Machine Gun Kelly brought in a different kind of crowd, one that met with a mixture of controversy and emotion. Providing an energetic performance, and showing fashionably late for the set, he mixed in covers along with original tracks and sprinted to the sound booth to climb on top and play for the back of the crowd.

For all the new fans…the non-fans, and everyone who is here… Thank you.

We received a statement from a member of the crowd regarding the performance: “I don’t like him because he talked trash about Slipknot… Well he has good music. He just trashed my boy and that’s not okay. And I want to like his music but you get flack for it. I don’t want to be judged for it. But yeah, I actually listen to his music all the time.”

The sun was setting by the time Gojira joined the stage. They held a countdown and sprinted onstage. The crowd was rough around the edges, raising their fists in the air with grins glued to their faces as people sprinted and released the pent up energy from within.

It’s so f***ing good to be finally back.

The crowd sang along to every song during the crowd-pleasing and one of the favorites of the evening, The Offspring. During the band’s performance, they expressed their excitement as they bathed in the energy of their fans and took them in with open arms.

Tonight is truly the best night of rock and roll. In the entire world. Just look at all of you, all of your beautiful faces, here tonight.

And concluding the evening, the Misfits showcased a full Halloween-themed stage as the fans packed in to get as close as they could to the stage. Orange and green lights bathed the stage as the band appeared. The guitarist slid on his knees across the whole stage as his introduction. Visuals only added to the spooky experience of classic punk that changed music as we knew it forever.

What was most unique to the performance was that they not only played some of their older tracks but they took requests from the crowd. The original band members all gathered together under one stage, giving it all to the fans. They sprinted to each side of the massive KOLAS stage as the fans sang along to every word.

I know it’s a little early but Happy f***ing Halloween.

Rumor has it that Metallica will be concluding their final two hour lineup by playing Black, in full, in reverse, with a couple of extra tracks sprinkled in for the finale. We will find out how true this is during day four, the final push of the Aftershock Festival this year!

Check out our Aftershock playlist and rock out with us before the final day of the festival! Stay tuned for more updates on the Aftershock Festival! 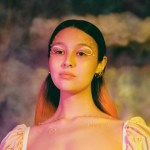 The Blossoming Artistry of Luna Li’s “Flower (In Full Bloom)”

A Bitter Pill to Swallow in Betcha’s “Grey Skies” 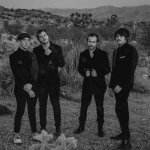