The independent indietronica artist ATTIK-ATTAK recently released his single, “Growth”, this past January. Otherwise known as Olly Bridgewater, ATTIK-ATTAK is a 40-year old composer, musician, and producer hailing from London, England. Bridgewater has worked in various genres throughout his career; from rock to EDM, the indietronica artist has seen it all and done it all.

Beginning his musical journey in his teens, Bridgewater started playing guitar as a creative and emotional outlet. Music as a form of therapy has carried over into his adult life; Bridgewater explains “music has always been an essential outlet to frame and process this weird and wonderful thing that is life”.

As he has continued to progress throughout his career, he has found himself becoming a sort of ‘jack of all trades’. The musician has done everything from touring around Europe in a band, to bedroom music production, to even writing musical scores for short films. Bridgewater formed ATTIK-ATTAK as a means of expressing all of these life experiences through his music. Described as intense, soulful, and sad, ATTIK-ATTAK is a project that explores the complexities of Bridgewater’s emotions; he explains that this project “counters his rather laid back personality with a deep searching, exploring themes such as heart break, trauma, isolation and hope”.

“Growth”, released on January 22nd, is a shining example of raw emotion and vulnerability put into Bridgewater’s project. When describing his single, the artist states that, “Though lyrically pretty simple, the whole basis and meaning/feel of the song is of coming out of a very dark period of my life and finally beginning to experience some growth and hopefulness as well as rediscovering my creative passion zest for life”. The track is both alluring and mysterious, with dark undertones that invite you to stick around for the ride.

If you want to check out ATTIK-ATTAK, you can stream his upcoming projects on Spotify, Apple Music, and SoundCloud. 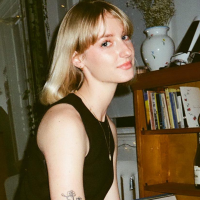