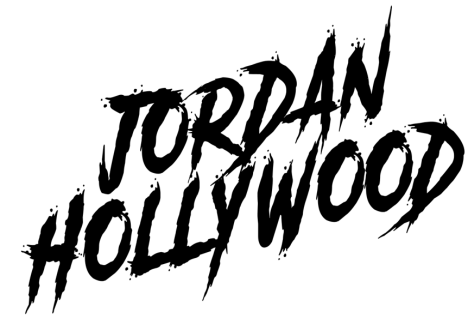 “Jordan Hollywood is ready to take over” – COMPLEX

Florida rapper, singer, producer, and hitmaking CEO Jordan Hollywood returns with “The Ugly Song,” the speaker-rattling, Timbaland-featuring lead single from his upcoming album, Only the Paranoid Survive. Out today on Quality Control Music/Motown Records, the song is accompanied by a captivating, cinematic, and often hilarious music video that finds the artist progressing from the country to the country club.

It’s crazy how 20 years ago how I enjoyed this song as kid and now it’s part of my legacy. It’s one thing to get a Timbaland beat or to get him to clear a sample but it’s special when the legend himself steps in the booth with you and adds his touches to your vison. I never in a million years thought I’d get to work with the hitmaker. With the video I told the director ‘I want this shit to feel like an open world video game where I have freedom to randomly do things my way.’ “The Ugly Song” is just the start.

An homage to Bubba Sparxxx’s Timbaland-produced single “Ugly,” “The Ugly Song” is a banging reinterpretation that flips the early 2000s classic for a new generation. The instrumental deftly chops Timbaland’s Bollywood-influenced melodies and pairs them with quaking drums and trap percussion. Offering both his blessing and his vocals, Timbaland delivers his signature ad-libs (“ficky ficky”), while Hollywood effortlessly glides over the beat. As ever, Hollywood stuffs his melodic and athletic bars full of witty metaphors: “Snitches they get stitches, they gon’ pick ‘em up and sew ‘em / Snakes all in my grass, I gotta go outside and mow ‘em.” This is Hollywood flexing on his enemies, making it rain in the club to celebrate wins past and present. “The Ugly Song” follows Timbaland’s galvanic VERZUZ battle with Swizz Beatz filled with throwbacks.

IN AN IG POST TIM SAYS “it’s gone get ugly “

The video, directed by Austin McCracken and filmed in Los Angeles, makes liberal use of visual effects (and openly nods to that at the end), dropping Hollywood into a wheat field accompanied by a horse who eventually kicks him in the head. The rapper continues to get knocked into or out of various colorful scenarios. Both the video and the song break from expectation, showing that Hollywood is willing to challenge himself, share a laugh, and execute a variety of vibes. “The Ugly Song” is Hollywood’s first release since 2019’s “Testament,” wherein he recounted the hurdles and hurt he’s endured on his rise.

Jordan Hollywood believes paranoia is integral to his success. “I think being paranoid is healthy,” says the Florida native. “Overthinking certain situations can reduce the losses you take in life.” It’s difficult to argue with the versatile artist, producer, CEO, and hustler. His singular ability to blend witty punchlines, vulnerable verses, and melodic croons into captivating rap/R&B/pop hybrids has resonated with his growing fanbase for years. After a stint in his youth writing for fellow Broward County artist Jason Derulo, Hollywood released a successful independent debut Sorry for This in 2016 and then signed with Quality Control Music for 2018’s FINALLY!. The whole way, he’s held to his ever-skeptical mentality, which has now afforded him the space and close-knit creative circle to create his most honest and mature album to date the forthcoming Only the Paranoid Survive. The album is a document of Hollywood’s growth as he perfects the art of balancing family, loyalty, and financial gains. Only the Paranoid Survive is a product of the countless hours Hollywood spent holed up in his home studio speaking to the microphone about everything from the pressures and anxieties of the unknown, new fatherhood, and avoiding people who he doesn’t trust. The emotions he spills don’t feel born of negativity, but of self-preservation—through his worries, he’s learning how to thrive.

glassefactory Administrator
Sorry! The Author has not filled his profile.
web
http://glassefactory.com

Arrows’ New Release “To Your World” Is a Jam-Band Anthem