On Friday, April 8, Rainbow Kitten Surprise played their first of a two-night gig at the historic Caverns in Pelham, Tennessee. Only their second night of a 35-show headlining tour, the energy, excitement, and anticipation that was radiating from each member of the band were tangible. Nearly every single date of this run is sold out – a testament to the band’s wide reach and popularity, as well as its consistency in creating a live experience that you do not want to miss. These dates are following a completely sold-out three-show run at Brooklyn Bowl in Nashville back in December. Each night, RKS brought out a different opener- Bendigo Fletcher, Flipturn, and Neighbors, which made them appeal to even wider audiences. Rainbow Kitten Surprise has a number of hit songs such as,  “Devil Like Me” from their debut record, “It’s Called: Freefall,” and “Cocaine Jesus,” all of which were on the setlist at the Pelham show.

The North Carolinian quintet is starting a new chapter in their journey and story as a band. Since their last tour in 2019, lead vocalist Ela Melo has recently come out as transgender, and has been met with welcoming arms and immense support from their fanbase. A Rainbow Kitten Surprise show is one that draws an incredibly diverse crowd- there were teenagers and those 60 and older, though the age discrepancy was hardly noticeable. Their shows are a space of acceptance, unity, and togetherness, all of which were abundantly present at this concert. The crowd was a sea of glitter, color, unabashed self-expression, and some of the kindest concert attendees I have ever encountered. Each of these characteristics is a true testament not only to the message that the band represents, but also to the sentiment that people thrive in communities that welcome differences of all kinds, where unity is the objective individuality is celebrated.

On April 6, the band released their first single in nearly a year and a half – a track titled “Work Out”,  as a celebration of the fourth anniversary of their album How to: Friend, Love, Freefall, and to mark the beginning of a new era. Keep up with the band via their Instagram and Spotify as they continue their nationwide tour! 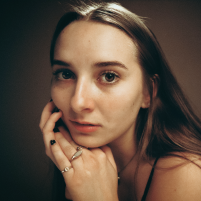