From the visuals to the message, it is obvious that Queen Naija is reclaiming her power this new year, with the recent release of her new single and music video, “Let’s Talk About It.” In this song and video, Queen ruthlessly challenges problematic men–reading her co-star, Lil Meech, to filth.

The R&B and pop songstress confronts all the self-absorbed and drama-obsessed men reflected in Lil Meech’s character. Commemorating her breakout single, “Medicine”, released five years ago, the visuals of both videos practically mirror each other.

Opening, “Let’s Talk About It“, directed by Sara Lacombe, Queen is seen riding in the back of the car looking out the window as she recounts all the moments that led up where she is now. As it cuts to scenes with Lil Meech flexing on the gram and talking to random women, Queen divulges in all his issues–flexing money he doesn’t have, not taking care of his son, and more.

Soon enough his karma comes around when two hench-women bring him to a warehouse where his wrists are tied together. Remember when we said this video mirrors the “Medicine “music video? We weren’t kidding. There he is forced to listen to Queen as she challenges him to face the truth about himself and pushes him to take accountability for it all.

“You ain’t never gotta grow up, that’s your problem / Putting up a front to hide behind your traumas / Takin’ all your anger out on me won’t solve em”

As Queen circles around him, there is a large movie screen where Lil Meech can see every problem he has caused–quite literally forcing him to confront the errors in his ways. Later in the music video we see him no longer tied up but still sitting in the chair, a mirror across from him.

Though short and simple, Queen executes her goal of confronting problematic men in this beautiful music video.

To connect with Queen Naija: 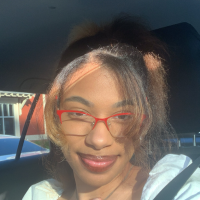 Up-and-Coming Duo CHECKMAT3 Breaks into the EDM-Sphere with their Second Track, “Pose”