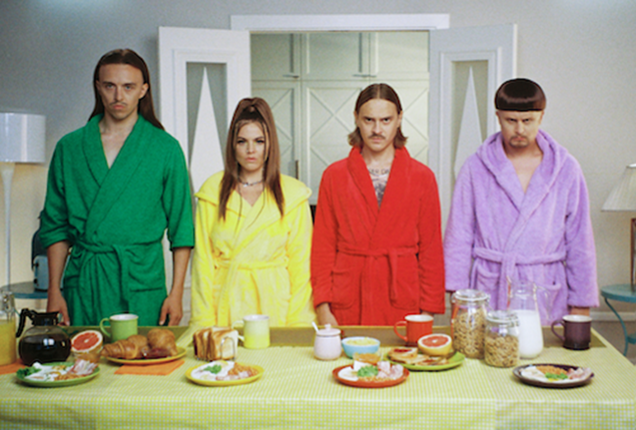 With over 1.6 billion global streams to date and over 414 million video views on YouTube alone, Oliver Tree is undeniably among the most popular – and most provocative – artists of the Gen-Z era.

Currently at work readying his eagerly awaited second solo album, Oliver kicked off 2021 by teaming up with rap superstar Lil Yachty for the acclaimed collaboration, “Asshole.” This spring saw Oliver unveil Ugly is Beautiful: Shorter, Thicker & Uglier, a deluxe version of his chart-topping 2020 debut album joined by seven additional new songs including the long-awaited official release of “Life Goes On.”

First released last July, Ugly is Beautiful saw Oliver Tree taking his millions of followers on an unpredictable roller coaster ride through a cracked world full of comic disaster. The album immediately rocketed to #1 on Billboard’s “Top Rock Albums” and “Top Alternative Albums” charts while also debuting among the top 15 on the overall SoundScan/Billboard 200. Now boasting more than 900M million worldwide streams, the album features an array of iconoclastic hit singles including the RIAA platinum certified “Alien Boy“ and RIAA gold certified “Hurt,” both of which are joined by wildly inventive companion videos streaming now at Oliver Tree’s hugely popular official YouTube channel. Additional highlights include “Cash Machine,” “I’m Gone,” “Bury Me Alive,” and “Let Me Down,” among others. Read what we have to say about the album here.

The world knows TOMM¥ €A$H for his bold visuals and sounds. Not only a rapper, he is an accomplished visual artist, bringing together Post-Soviet aesthetics and global trends through a mix of raw tenderness and twisted humour. His videos have continuously seen international success, with a live rendition of “Little Molly” boosting 14 million views on YouTube. Tommy has 890,000 Instagram followers and most of his elaborate, surreal creations posted there gather well over 100,000 likes, with zero “followings” — in a true rapper form.

Tommy has toured all around the world and performed at the biggest festivals, such as Glastonbury, Sziget and Roskilde, for audiences in tens of thousands. NME notes that Tommy’s easily memorable, eccentric rapping style is a perfect match to current web-immersed and frankly crazy times we’re living in. Vogue characterizes his sense of style as both rebellious and weirdly funny. VICE: “He portrays an extreme uniqueness through his art as a multitalented, fearless and creative young Eastern European lad.”

Little Big is a punk/pop/rave band from Saint Petersburg. Founded in 2013, they’ve been on a steady rise ever since, dropping one viral hit after another. As of July 2021, their music videos boast over 2.5B YouTube views. “Skibidi” was viewed over 546M times, becoming the most popular video on Russian YouTube. Their Eurovision 2020 single, “UNO,” went global and became the most popular video on the Eurovision YouTube channel, reaching over 213M views to date. The band has also collaborated with several international artists including Tommy Cash on the acclaimed ”Give Me Your Money”, Clean Bandit on ‘’Arriba’’ and Finch Asozial on the smashing rave hit ‘’Rave Religion’’. Last year the band also had a chance to contribute with their C+C Music Factory ‘’Gonna Make You Sweat (Everybody Dance Now)’’ cover to the Sacha Baron Cohen’s ‘’Borat 2’’ official soundtrack.

The key to their international success is the band’s perfect blend of first-class showmanship and a knack for coming up with incredibly сatchy hooks. Little Big has proven their worldwide appeal and versatility with the release of Covers EP in June 2021, which saw the band putting its own unique stamp on hits by Aqua, Backstreet Boys, Ramones, Ricchi e Poveri, and Russian folk legend Nadezhda Kadysheva.

This summer saw Little Big teaming up with Crocs for the now-sold-out Little Big X Crocs Classic Black Clog, joined by an original song that has since been featured in over 3.3M TikTok videos. The band recently united with Eurovision Song Contest 2018 winner, sensational Israeli popstar Netta, for “Moustache,” another iconic and ironic banger with a music video worthy of instant viral fame (streaming HERE).

“Turn It Up” is joined by an eccentric official video directed by Oliver Tree and Little Big’s Alina Pasok & Iliya Prusikin. Filmed in Russia, the video stars all three artists. With Tree and Cash’s energetic, lyrical flow alongside Little Big’s signature punk-rave musicality, “Turn It Up” is a certified party anthem.

“I moved to Russia 4 months ago to work with my favorite band “Little Big”. So far we’ve filmed 2 music videos as well as a documentary about the creative process and my journey integrating into Russia as a foreigner. Luckily my favorite Estonian rapper, Tommy Cash, was able to join us in making one of the greatest dance anthems of all time. ‘Turn It Up’ will be a global phenomenon. I’ve had the best time of my life here in Russia and have been treated like a Russian prince. At this time I have no plans to move back to America.”

“’Turn it Up’ is a collaboration between East and West, it’s what happens when you bring together artists obsessed with the idea of a ‘musical hybrid’”

Oliver and Little Big have also announced their joint EP-Welcome To The Internet -arriving everywhere Thursday, September 30th. The upcoming EP marks the latest in what has proven a wildly eclectic string of collaborations for Tree, including creative partnerships with Dillon Francis, grandson, Whethan, and 90s punk-pop heroes blink-182, uniting with the latter for an exclusive rework of “Let Me Down” that debuted at #24 on Billboard’s “Hot Alternative Songs” chart.

Stream the new single now, available on all platforms. Pre-save the EP at this link and stay tuned for updates regarding Oliver Tree, Little Big, and Tommy Cash! 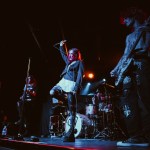 Royal & The Serpent Joins PVRIS for First Ever Tour 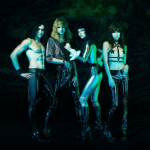