Clarity is a sentiment that a grand majority of us have sought after. One that grants us a sense of understanding, vision, and belonging. Something crystal clear in the constant introspective fog that is our mind. It’s also an earnest exploratory album delivered by some kids from Arizona. 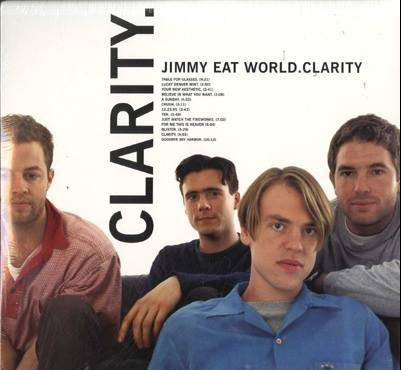 Preluding the third and final installment of the Phoenix Sessions we find four longtime friends – Jim Adkins, Zach Lind, Tom Linton,Rick Burch- reflecting over what maybe their most heralded albums,’ Clarity’. An album that was overlooked and underappreciated by then record label, Capitol records, and didn’t garner much attention prior to K Rock picking up the single Lucky Denver Mint.

The conversation continues and we’re allotted more insight into the creative aspect of the album. Accompanied for a second time by producer Mark Trombino -who assisted the group with the production of Static Prevail- the musicians felt comfortable experimenting with new ways to transmit familiar experiences and feelings.

If  hearing the band reminisce about drinking packs of Miller Lite at Ice T’s place isn’t enough of a privilege, we’re also granted  testimony from friends, fans, and peers in the entertainment circle such as Mark Hoppus, Parker Molloy, Dan Ozzi, and Adam Lazzara.

Adam – lead singer of Taking Back Sunday- kicks off the accolades with a story describing himself getting tongue-tied attempting to explain to Jim  his adoration for the album and notably the outro track Goodbye Skyhook Harbor.

“When you stumble upon this piece of music at exactly the right moment it becomes something pivotal, Clarity was that for me.”

Adam isn’t the only musician to feel strongly about the album even blink 182’s own Mark Hopus chimed in.

“It inspired dozens if not scores of bands. It is one of the great moments of record history. The music, the song writing, the production, the performance, the lyrics, the sounds, everything about it is a Masterpiece. Well ladi-fucking-DA!”

The film pulls back and begins to burn like in an old western and we’re dropped into the middle of what feels like a pyramid.  There’s no wait or introduction, before we see the band we’re introduced to the first note of the organ and we’re brought to a Table For Glasses. This beautifully composed almost hymnal sound that accompanies Adkin’s majestic voice already brings you into the fold. Surround by what resembles limestone with some slight vegetation we find Jimmy Eat World who themselves seem to have been transported back to 1999 and as the song picks up, in proper emo fashion we get our power phrase projected on the limestone walls of the structure behind the band along with some faded imagines, “Lead my skeptic sight.”  Although we see projections throughout the performance, none is more emphatic than this first. Whether you’re a newcomer or revisiting the album you instantly understand the angst and desire to prolong the joy detailed by the lyrics. Thus we have our first demand for some clarity…

From the omnipresent drums of A Sunday, to the frenetic fast car heart pounding in your throat feel of Crush, followed by the an interstellar communication from a clueless kid that is 12.23.95 this livestream indeed reiterates all the accolades poured upon the group birthed in Phoenix, Arizona. The spectrum of emotion displayed over an ocean of vast instrumentation and musicality is simply mind blowing and demonstrates astounding self-awareness from the then mid-twenties musicians.

Although decades have passed, music has evolved, this album still feels timeless and transcends genres with 13 masterfully constructed tracks. As you watch the group perform it, you see how much the album still resonates with them and furthermore you truly get a sense of the multitudes of songs and bands that they have influenced with the exploration of sound that is the emo, pop-punk classic, ‘Clarity.’

yvesandrewrites Editor
Sorry! The Author has not filled his profile.
×

A Playlist for the Heart Breakers