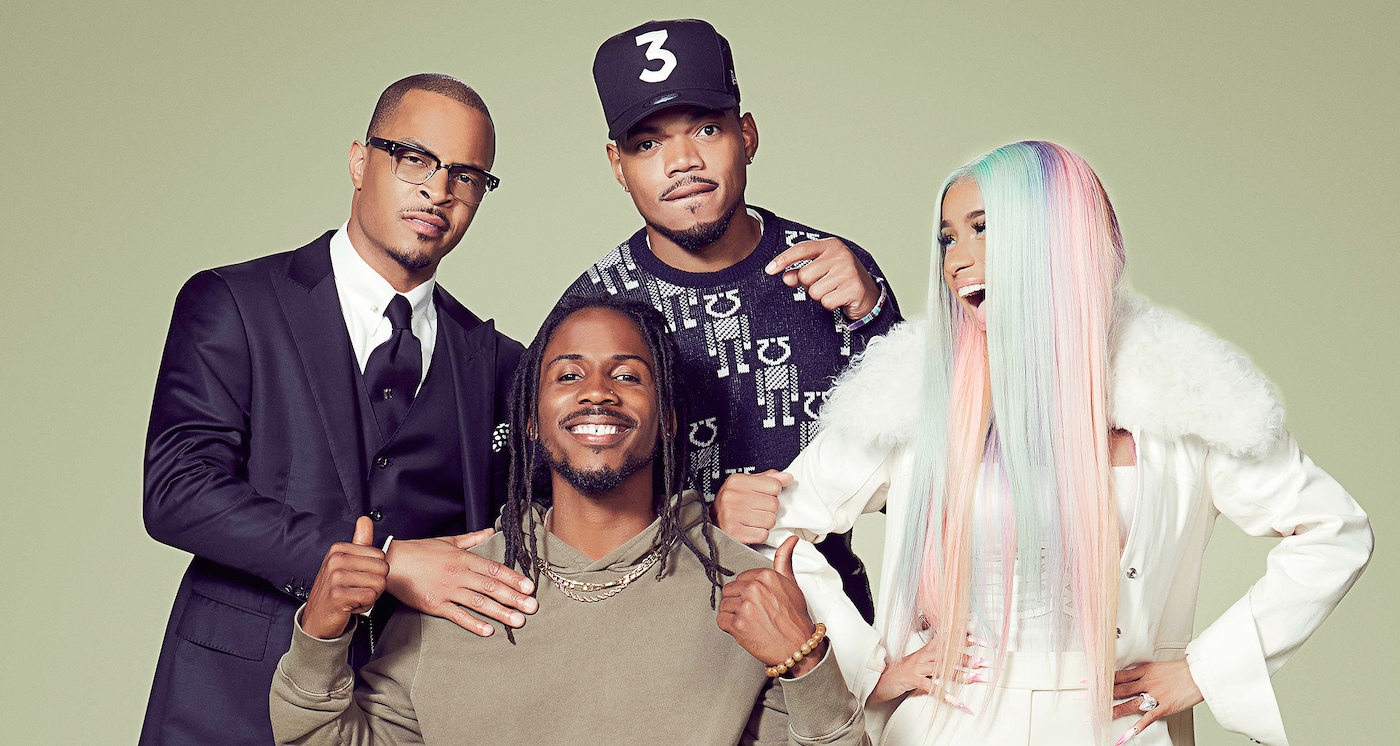 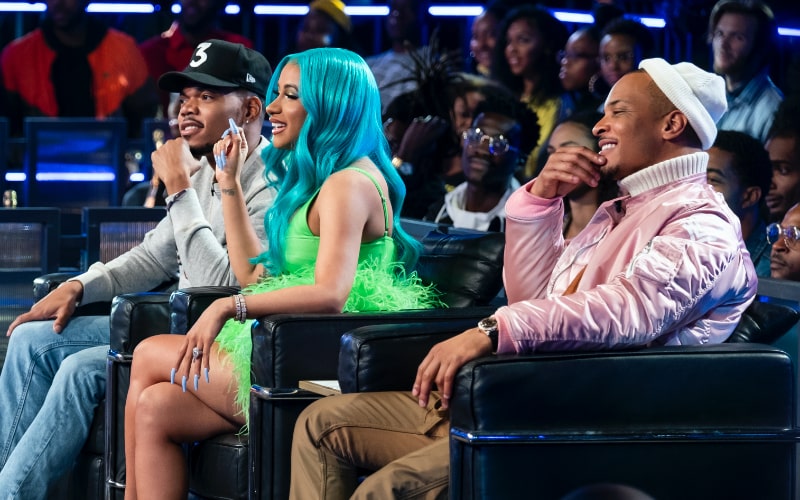 The final three episodes of Rhythm + Flow are highly emotional, energy-packed, and seriously impressive how creative and passionate these individual artists prove to be when it comes to their music. This competition truly challenges the contestants to push the envelope every single day of the competition to see how amazing they can really be. When it comes down to it, all of the final contestants have the potential to be superstars, but there can only be one winner of the Rhythm + Flow competition! 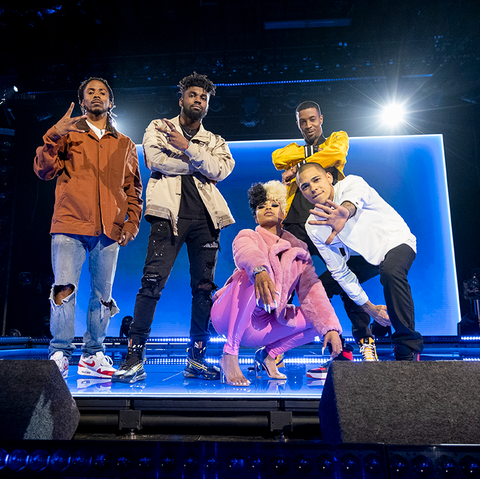 The new episodes pick back up at the cliff-hanger from the previous music video challenge, from which they sent Ali Tomineek home. The final five contestants (Sam Be Yourself, Londynn B, Caleb Colossus, D Smoke, and Troyman) are immediately given their new challenge to choose a famous sample and write a new banger from it. DJ Khalid welcomes them into his home studio to give them advice on choosing their samples and the high expectation of writing new “hit” tracks with them. They’ll need to write lyrics, lay down vocals, and produce a new song true to them while still holding the original flavor.

Getting closer and closer to the finale is obviously really tough for the judges. T.I. begs, “Cardi, will you please gather yourself? Tell them who’s going to stay!” Card exclaims, “I can’t do it!” Chance has to save the day, give constructive feedback to the bottom two contestants, and ultimately send Sam Be Yourself back home to Detroit. 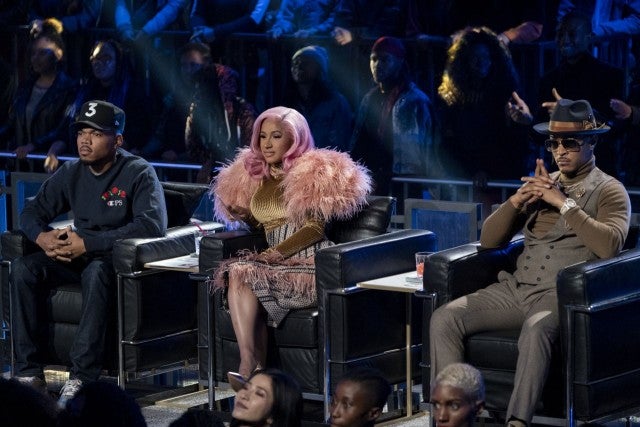 Before the final five leave the stage after their “Samples” performances, John Legend hops up on stage to announce their next challenge. Each contestant is paired with an R&B icon to write their own verse on a pop song and perform with a live band three days later.

The judges complimented Caleb Colossus on steadily growing over the course of the competition and assuring him this was his best performance yet. Unfortunately it was his time to go home, but it seems like he couldn’t have imagined a more fulfilling final moment on this show.

The last episode was so bittersweet because you knew everybody was about to completely kill it, but it also meant that this was for real the last hoorah. For the final challenge each contestant was paired with an incredibly talented producer to write an original song and put on an “award show” level performance. They were all so respectful and professional with getting feedback from their producers and articulating their vision in the studio and in rehearsal. Rhythm + Flow surprised the contestants with their families showing up at their hotel doors to give them that extra fire they needed to push them into their final performance. The camera crew captured private moments right beforehand of Londynn B’s empowering self-mantras, D Smoke doing push-ups and throwing punches, Flawless Real Talk praying, and Troyman splashing his face with water and looking in the mirror for a vibe check. They really showed the ins-and-outs of this entire experience, and it was a beautiful emotional rollercoaster to witness.

After taking everything into consideration, evaluating the growth and performance of each contestant challenge after challenge, week after week, the judges would be defining the next hip-hop superstar, having a hand in history. Troyman, Londynn B, Flawless Real Talk, and D Smoke are all strong and insanely talented and creative artists, with guaranteed support from the industry. The judges assured them all that they’ve already won, regardless of the winning title, but that $250,000 belongs to D Smoke. 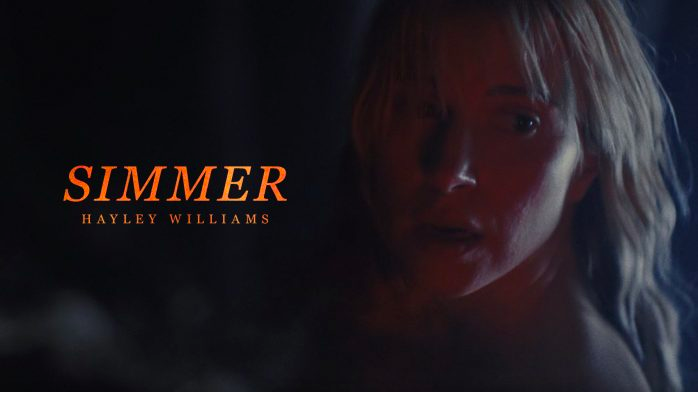 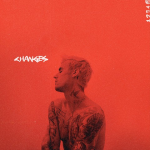 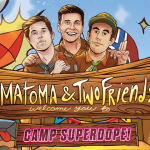