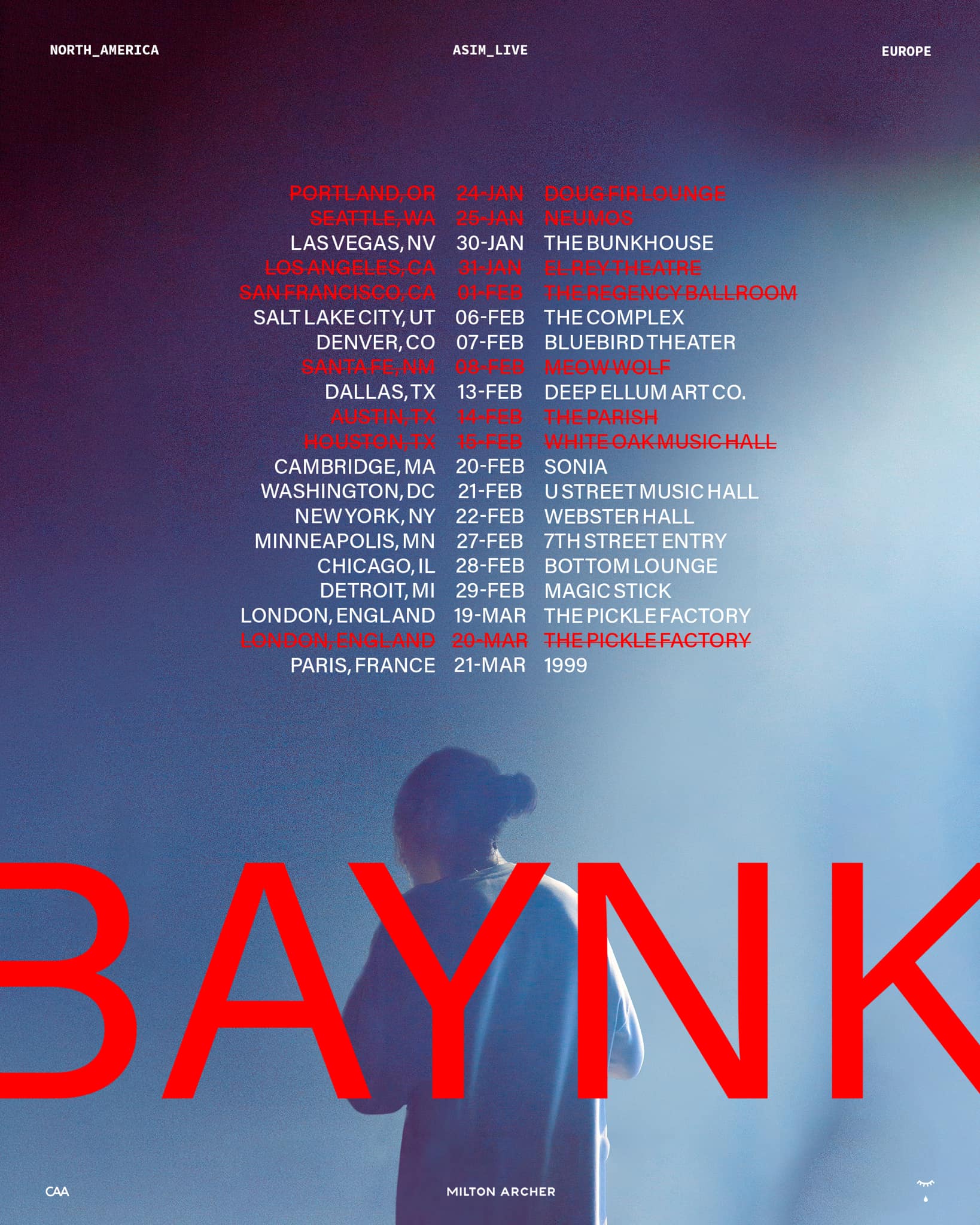 A familiar tritone of notes fill the room as other notes struggle to fit in, over a large rectangle of screens in the foreground matching the screens in the back displaying cloudlike visuals. As the notes arrange into harmony the crowd sings eerily along to the first lyrics of BAYNK’s “Someone’s EP II”, “there’s something in the water and its giving people nightmares, seeing into Heaven but don’t know how to get there”. BAYNK opens with a presence on stage at Webster Hall and by the time the horn-like synths and beat comes in the crowd is dancing along. And dance they did, while BAYNK’s sound tends to be wistful he kept things grounded with danceable edits of a lot of his own tracks creating a warm, almost trance-like atmosphere throughout his performance.
His setlist was very well designed letting him have fun and experiment with impressive saxophone( yes you read that right) solos in the middle of his own tracks as they played in the background giving a very authentic live feel to the show, and if its not live renditions he would throw in never before heard remixes of not one but two XXXTENTACION tracks. A smooth up tempo beat over chopped guitar work and vocals of “Jocelyn Flores” and solid attempt at remixing the vocals of “Moonlight”, a very tough feat since Cashmere Cat’s remix “MOO” has been the standard for that track. For some of his deeper tracks like, “Be in love” and “Years” the crowd didn’t know what to do with themselves and definitely was personal to BAYNK, but everybody got together for “What You Need”, “Settle” and crowd favorite “Poolside”. He did experiment with some heavier bass on his live version of “Want 2” and it was really vibey. But its when he creeps in with treble guitars and layers on layers of arpeggiated keys did his crowd work really come to fruition. As a set of overall bedroom produced Eps BAYNK made it a live performance at every opportunity, and as the show went through the late night, the crowd remained energetic.
On stage he jumped from adjusting tracks on the computer, playing the saxophone, to singing and crooning with the same voice he’s been on record saying he hates! But that was okay because when he brought out Hablot Brown from across the country Los Angeles, for a duet on Simmer the crowd was ecstatic at the surprise and though a downtempo song the crowd was singing along and finding opportunities to dance. Speaking of dancing BAYNK’s dancing could be best described as an endearing duck wagging his arms and legs in opposite directions as he corkscrewed closer to the ground and closer to the crowd in the wispiest of sense.

Returning to his hometown of NYC, Austin Millz, the first headliner played a lot of 80’s flips bringing n fan favorite tracks and flipping them into up-tempo feel-good beats. Even making some really deep cuts like flipping a live sample of Kanye West’s live performance of “lift yourself” with the Sunday Service Choir in Africa, turning it into a tribal beat that half the crowd didn’t know but still dancing, and the other half know exactly where it came from and getting down even further. He almost seemed rejuvenated, and the crowd caught on to his infectious charisma. With flips on classic tracks like Tamia’s “So Into You” and Sade’s “Sweetest Taboo”, when he finally played his originals like “Broke Boy” and more specifically “Bad Behavior” the crowd went into a frenzy. Throwing a few dance moves while on stage, setting up the beat drops to hype up the crowd, and shouting out his hometown with such joy, he was an impressive act on his own and I look forward to what a full body of work would sound like from him.
An unlikely duo to be touring but the heat in the big room in Webster Hall has anything to say, “A Study In Movement” tour is learning a lot from its participants and what they have to give.

For more on Baynk be sure to check out: 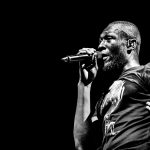 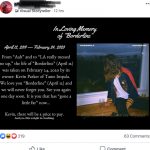 Deathcraeft’s Dark Take on the Human Ethos in Debut Album, “On Human Devolution”